Remember in this post how I mentioned I’m neither plotter nor panster while writing, but a planter? Imagine my amusement last night as I flipped through the May/June issue of Writer’s Digest (which came in March) to find they had a fairly long article talking about plantsing. Great minds and all that…

Well, I’ve found myself busy planting again. Not in the garden, though that time is drawing near, but in a fresh document on my laptop. And frankly, I’m a bit surprised at myself. I don’t tend to start writing something new as spring supplants winter. I’ve done most of the drafting of my novel manuscripts during the dark and snowy mornings and evenings between November and March. Then I set things aside for a bit as I tend to the yard and the gardens — you know, real planting. And once that’s all under control and busy growing, I pick literary things back up in early summer to revise.

Yet this year I find myself ready and excited to draft a new project as March rolls into April. To be fair, I did start it at the very beginning of autumn last year (though because I was in Albuquerque at the time, it felt like summer). I had to put it down a while as I worked on edits for The Bone Garden for my agent and then worked on a big revision of I Hold the Wind, which I’m hoping to send my agent’s way in the next month or two. But now that my mind is off those projects, I find I’m itching to get back to this new story.

Except, it’s not exactly new. As I’ve mentioned before, I’m taking parts of an old concept and changing up the plot and characters into something new. I’m borrowing the old setting, a few characters, and part of the conflict, but combining them with new characters, new conflicts, and new, more personal themes. I finished the first chapter this morning as the birds sang and the sun rose. And though I had to stop and get to work, the next chapter is coalescing in my mind.

This is the thrilling, intoxicating part of the very long and arduous process of creating a novel — where the premise you’ve been nurturing in your head begins to take the form of written sentences and paragraphs and pages, like watching the slow, steady growth of the spring bulbs in the back yard. First they are just scattered points of green among last year’s rotting leaves. Then they are the length of your fingernail, then they reach to your first knuckle. Slowly, each day, they gain ground, press up toward the warming sun. And finally they flower. And that’s the point you know spring is here, this story is going somewhere marvelous, and you’re dying to take others along with you. 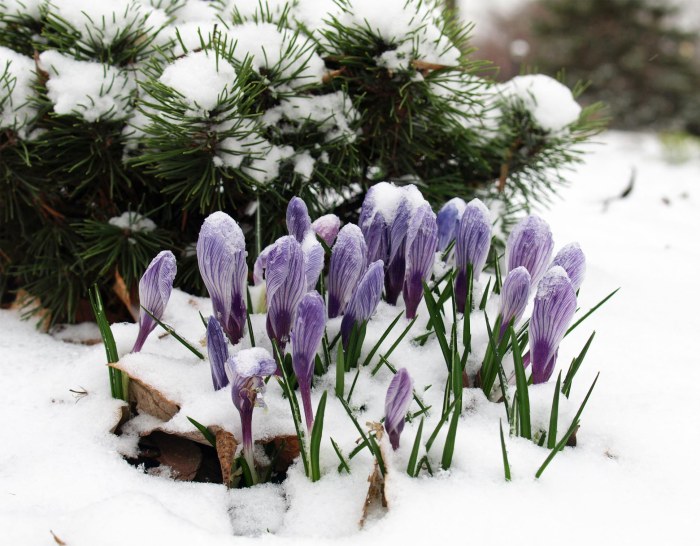 Friday night I finished a big revision of my WIP, I Hold the Wind, which I first drafted during National Novel Writing Month in 2014. Monday I began writing a new novel, which is at the moment called One Last Summer. It’s a complete reboot of an earlier manuscript, which lent its name to the blog you’re reading right now (A Beautiful Fiction). I initially decided that when I wrote a new story that happened in the exact same setting with a few of the same characters (though they would all be much changed) it ought to have a new title. The original story of that name had been sent out years ago to agents but ultimately didn’t work. (And they were right to reject it.) I didn’t want anyone to get confused or have their reading experience of the new story tainted by the old.

However, the more I think about it, the more I think that old title still fits. And I obviously liked the sound of it, or I wouldn’t have wanted to save it and use it for my website. And let’s be honest, agents read thousands of submissions each year, and by the time this new story might possibly be published, eight or ten years may have passed since they had seen it. And of the handful of agents who actually read the manuscript in its entirety, how many would read this new book (after all, I am no longer querying agents). And let’s not forget the most important thing: an author’s title is rarely the title that makes it to the final product and it’s the publisher’s prerogative to change it. A Beautiful Fiction may be deemed too literary, while One Last Summer has more obvious commercial appeal (beach read, anyone?).

I’m sure as the writing progresses, my thoughts on this will go back and forth a number of times. In the end, who knows if One Last Summer will even make sense? Maybe it won’t be the last summer at all. That’s half the fun of writing for someone who tends to have a loose idea of where a book is going but not a completely drawn-out plot — you don’t quite know where you’ll end up.

In the writing world, those are generally called pantsers, people who write by the seat of their pants. But I’m not sure I’m a true pantser. And I’m certainly not a plotter, at least not in the same way someone like my husband is (his outlines run into the tens of thousands of words — no, that’s not an exaggeration). I’m a hybrid. A planter, if you will. I have the seed and I know what it needs in order to grow, but I don’t have complete control over its growth. Then at some point I get out my pruners and start revising.

At any rate, all of this thought about titles made me start thinking about this website. Is it time to consider un-naming my blog and simply naming the whole website ErinBartels.com? That is the URL, after all. And it would be wise to have my name in the header so you see it right away (or so every branding expert says) whether or not I use A Beautiful Fiction on a book someday.

What do you think, reader? Did you even know this blog had a name other than mine?

Edit: So, the more I thought about it, the more it seemed right to change the website name from A Beautiful Fiction to simply my name. So, welcome to ErinBartels.com.  😉