I have long wanted to see more of Michigan’s Upper Peninsula than the eastern end I have been fairly familiar with through a childhood trip, a mission trip with our church’s youth group, and three hiking trips with my sister (you can find out more about the hiking trips by poking around in the earlier years of this blog). And I have been keen on getting my son up there while he is still young so that he can fall in love with it as much as I have. So when it was decided that my husband would be going to Israel for ten days I thought that was the perfect time to plan a road trip. I didn’t want us to be stuck at home for ten days without Daddy, bored and lonesome. Much better to distract ourselves with some of God’s natural wonders — and with some of man’s innovations to navigate and utilize those natural resources.

On his last half-day of school on Friday, we headed north over the Mighty Mac to go exploring… 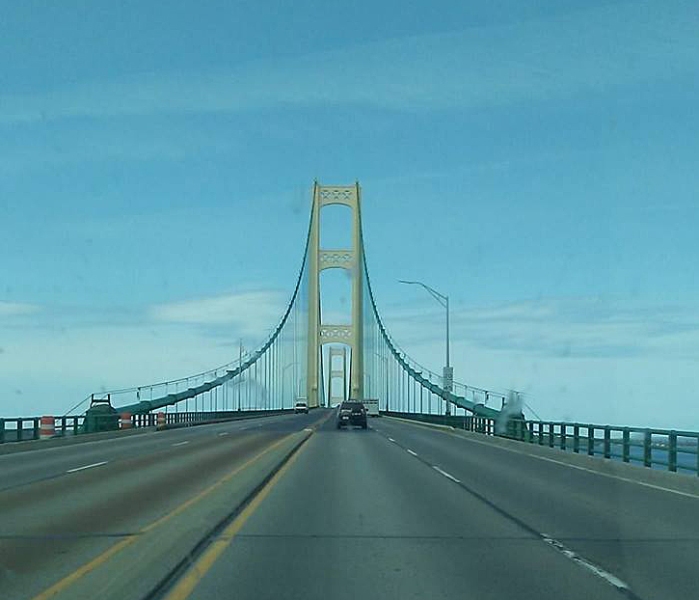 The first stop on our whirlwind tour of the Upper Peninsula (hereafter referred to as the UP — that’s U-P, not “up”) was Sault Ste. Marie (pronounced Soo-Saint-Marie) to visit the Soo Locks, which allow commercial shipping between Lake Superior and the rest of the Great Lakes, and, by extension through the St. Lawrence Seaway, the rest of the world. Here’s where you’ll find them: 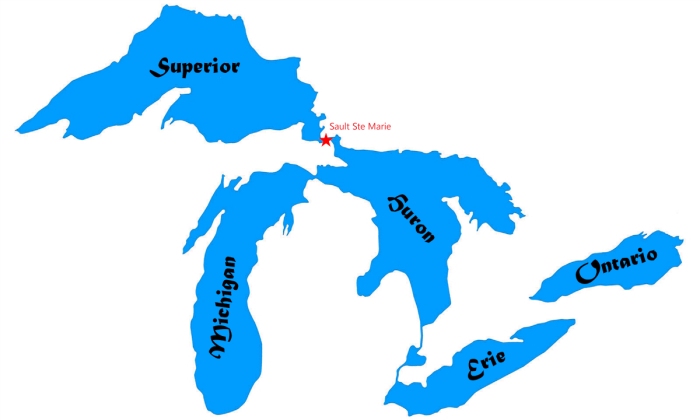 Sault Ste. Marie is a rather industrial little town, not “pretty” by most standards, but it has a charm all its own. Growing up in the Bay City area as I did, I tend to like anything to do with boats and shipping. The Saginaw Bay and Saginaw River (which you will find between the Thumb and the rest of the Mitten in the map above) have been important shipping channels for generations. Though downtown Bay City is getting a face lift — the mountains of gravel and big cranes are giving way to new loft housing and a revamped riverfront — the sailboats and freighters and drawbridges are all still there. And now that I’m rather landlocked in the middle of the state, I get a bit of a thrill to see something like this: 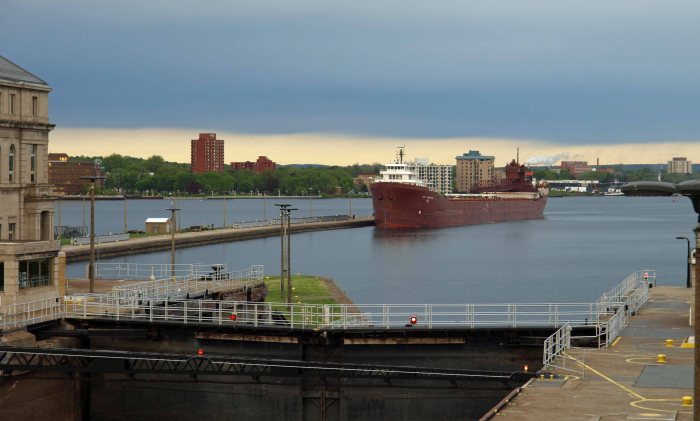 That is the Lee A. Tregurtha coming in from the Huron side to pick up iron ore pellets from a Minnesota port on Superior. Huron is the lower of the two lakes, so once this beast gets into the lock, the water level will be raised (powered only by gravity and strategically opened and closed valves) to the Superior level, which takes 22 million gallons of water. Then the doors on the Superior side will be opened and the ship will go on its way. 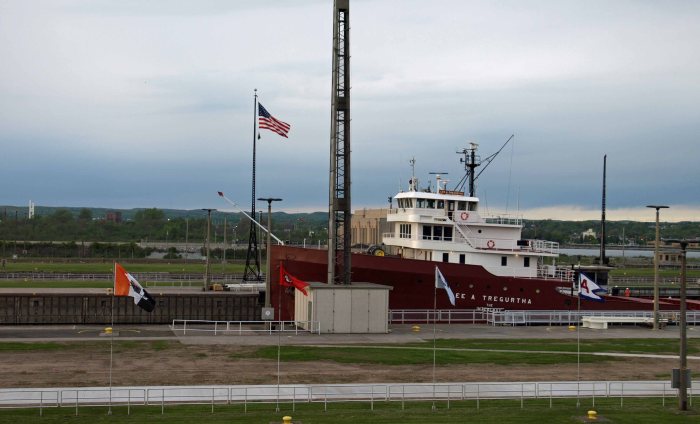 This spot used to be solely rapids and had to be bypassed on land, which limited what you could ship. Native Americans and French voyageurs and fur traders had to lift their canoes and boats out of the water and carry them to the next lake. Now 7,000 boats and ships pass through the locks each year carrying an average of 80 million tons of cargo.

The long elevated bridge you can see in the next photo is the bridge to Canada, and there are also locks on the Canadian side. 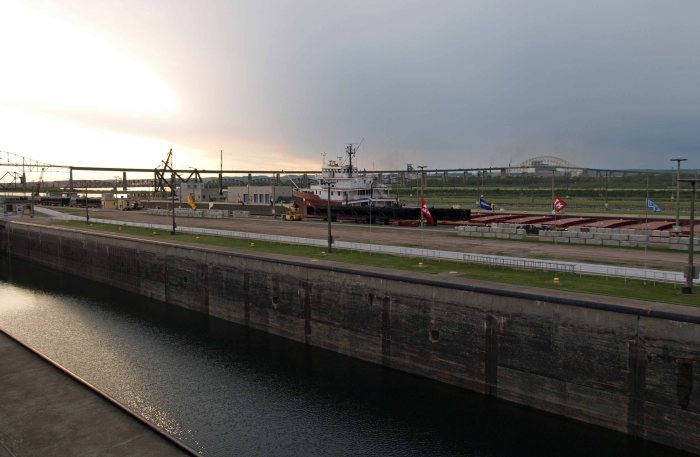 Being so close to Canada, you may see signs like this on local businesses: 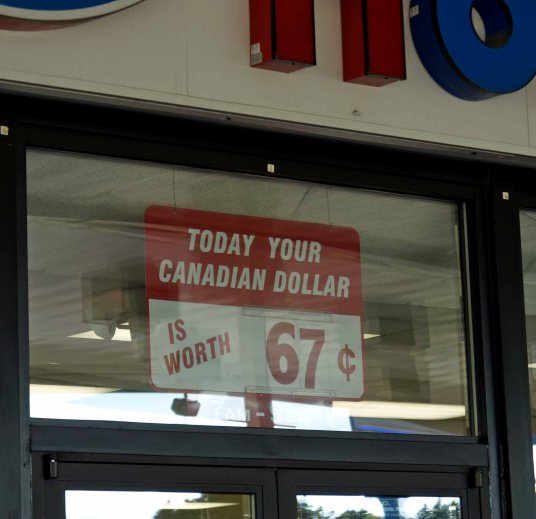 Growing up on the east side of the state, we regularly used Canadian coins interchangeably with American coins when they showed up in our pockets. No one ever questioned it. Then when I moved to the west side of the state in college and tried to use a Canadian quarter, the clerk treated me like I was a criminal trying to pull one over on her. She didn’t even know what she was looking at. I was quite taken aback.

But then, Michigan is a very large state, as my son and I found out! More about our adventures in the coming weeks, but in the meantime click here for more interesting facts about the Soo Locks, along with a good aerial shot.