Yesterday I took up my journal for the first time in six weeks. Before writing anything new, I read the last entry from March 14th, which began with the question What am I building?

The majority of that entry asked such questions — Will I ever stop yearning? For what?…Is it resolution? That stories have them but life does not?…Am I too aware of my own insignificance?…Is it simply March, that horrifying month of zero beauty?…Am I always to be utterly mediocre?

At points, it felt psalmic — Where are my friends? Who can understand?

Finally, I managed to get to the crux of the matter — I so often feel bound, stifled, tied by good manners and good decisions and doing things the right way…Can such a life ever lead to great art?

I read that yesterday and thought, Wow…I don’t remember feeling like that. In fact, things have been going pretty well this year…well, other than the weather…and the writing.

The weather is out of my control, and Michiganders are allowed a certain measure of existential angst in March (and this year well into April). But the writing? That’s all me, right?

The truth is, I’ve been struggling to write since last summer. I’ve flitted from project to project, never landing solidly on one. I’ve been anxious about the “wasted” time for about six months. Six months! I should have a new book drafted by now! Instead, I have two chapters each of two novels, ten pages each of two screenplays, half of a TV pilot, and one and a half poems. Oh, and a half-finished painting.

I’m not blocked. I have plenty of new ideas. Too many. What I’ve lacked is time and discipline and follow-through.

I have to allow that October through February were crazy, hectic days in our home (see my last blog post for why). It was pretty exhausting. And when you’re doing that kind of work, you’re going to need time to just decompress with TV, movies, and books. Which I did.

But now all that’s over and, other than the spring garden clean-up, I don’t have so many demands on my time. So why am I still struggling with the art?

Perhaps it comes down to expectations. I expect a lot of myself. I always have. Now that a wider audience is going to experience my work, I expect even more. I’ve begun a new round of self-criticism, brought on by doing the edits on We Hope for Better Things. The edits themselves were not bad. But I’ve begun to second guess some of them. Should I have rearranged that chapter that way? Should I have dropped that line? 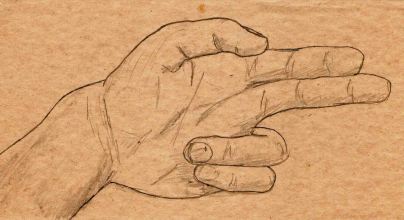 As I ask established authors to endorse the book I wonder, Will they read it and be unimpressed but feel they have to say something nice anyway? 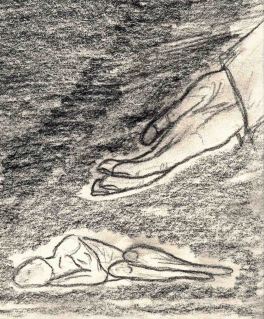 And that uncertainty makes its way to the new projects I’m trying to focus on. Because I don’t want them to simply be good; I want them to be better than what I’ve done before. I know, intellectually, that they won’t be perfect. But that knowledge doesn’t stop me from wanting them to be perfect.

Yet, perfectionism is the enemy of art. Back to that journal entry. Can a life of good manners and good decisions and always striving to do things the “right way” lead to great art?

My husband is turning 40 next month. I just turned 38. We are prime targets for some mid-life-crisis-level self-examination. What have we done with our lives thus far? How much time is left? Where haven’t we been (most places) that we long to go? Are we letting time slip by, unnoticed, while we are busy with what must be done in the day-to-day? Is the time for this or that just…gone?

Neither of us had a wild, rebellious phase. Neither of us took a year to hike through Europe and “have experiences.” We have done the school, job, house, family thing, and neither of us would ever give that up. But, as I have since I was a happy child, I do find myself worrying every once in a while…does such a measured and comfortable life lead to great art?

This morning I read a post on The Art of Simple called When the Art You Create Disappoints You. In it, writer Shawn Smucker tells about how his daughter wanted to paint a very particular scene that she had in her head. She worked on the painting all day. And then, when it didn’t turn out how she’d wanted it to, she painted over it. I have done this. Probably we’ve all done something similar with something we were trying to create. We have a vision of what it can be. We haven’t the skill to pull it off perfectly. And so rather than let this imperfect creation live, we hide it or destroy it.

There is a book I have been planning and researching and imagining for years now that I haven’t had the courage to start because I fear I don’t know enough or will not have the skill needed to pull it off. It’s not one of the several projects I have started and then left hanging since last summer. It exists in no form at all, not even an embryonic outline. Because it doesn’t exist, it can be perfect. The moment I begin to put it to paper, it will fall short of my expectations.

I recently watched an episode of Raiders of the Lost Art that told the story of the theft and recovery of the Mona Lisa in 1911 and 1913, respectively. During the episode I learned something about Leonardo DaVinci I might have intuited, knowing what I know about the breadth of his creativity and the very different and innovative things he designed, from flying machines to war machines. The documentary makers mentioned how experimental DaVinci was and how that makes it difficult to identify newly found works that are purported to be his. One such recent find was La Bella Principessa, which was painted on vellum, a medium he was not known to have painted on.

They also discussed a huge fresco, The Battle of Anghiari, which may be hiding behind a later painting in the Palazzo Vecchio in Florence. It was a technical disaster. DaVinci had been trying out a new technique (on an enormous scale) that simply didn’t work. His paint was not adhering to the wet plaster beneath it. He set up large urns with fires burning in them in order to dry the paint, but instead of drying it the heat caused the paint and plaster to run down the wall. This was a master, commissioned to do a large and important work, and it failed. 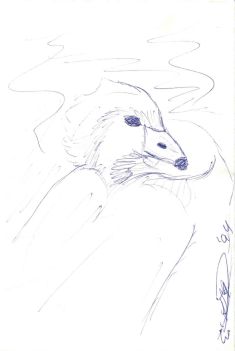 One might argue that DaVinci should have stuck with the techniques he knew would work. He should have done it the “right way,” especially with the stakes so high. But was apparently more interested in experimentation, in keeping things fresh and trying out new ideas, than he was in succeeding by way of routine. And actually, by some standards he failed much more than he succeeded, as these two very short films show.

Imperfection takes far more courage than perfection. If perfectionism keeps us from creating anything at all because what if it doesn’t turn out perfect, that takes no courage at all. That’s just following fear where it naturally leads — to immobility, to stasis. But to create despite knowing full well your creation will be flawed? That takes courage.

My journal entry from March 14th may have been affected by the weather. Heck, it may have been hormonal. But at its core, I think it was voicing my frustration with myself for my own stasis when it comes to writing. Before there was the prospect of publication and reviews (and bad reviews) I could write anything without fear. Because if it didn’t work, who would know but me? But now I think I have subconsciously been letting concerns about audience and reception stifle my experimental streak.

Maybe I need a little less caution in my life. Maybe I need to reach back in time to an Erin that existed before responsibility, an Erin who never worried and never counted the cost when it came to creative expression. An Erin who dove in headfirst and figured things out as she went.

You may be wondering about the odd collection of pictures in this post. These are that Erin’s art, when she didn’t know what the hell she was doing. They’re technically immature, often derivative, and parts of them may even have been traced. But that Erin was happy with them in a way today’s Erin is never happy with her own work, whether it be drawings, paintings, poems, or stories. That Erin was fourteen, fifteen, sixteen, seventeen.

And somewhere inside Erin Version 38, that fearless Erin still lives. 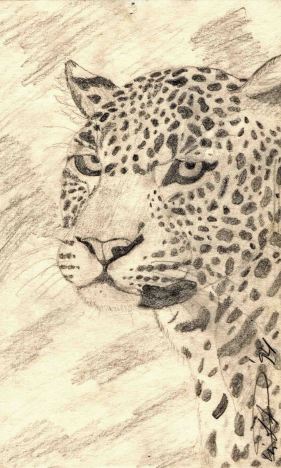 2 thoughts on “Who’s Afraid of Imperfection?”