On Sunday, the final morning of our trip to Pictured Rocks and Grand Sable Dunes, we woke to a still, hazy morning. The largest group of hikers that had camped at Au Sable Point East with us had already silently packed up and left before 7:15 in the morning when I woke, which I remember finding a little odd (principally because they seemed to be college-aged and I, at least, was not wont to get up early and exert myself during my college days). Our other neighbors were in the process of packing up as well. Seeing the sun through the haze, I ran off to the beach to snap a few photos before breakfast.

This serene scene belied the weather that was to come that morning. As we strapped our tent and bags to our packs, my sister said, “Do you hear that? That sounds like thunder.”

True, it did sound like thunder, but it also sounded like it could be a distant logging truck or some such noisy thing (which is what I wanted to believe). Within another 30 seconds, though, there was no mistaking it. It was most definitely thunder. Fast-moving thunder indicating a storm quickly approaching us.

With 1.7ish miles to go, almost all of it steeply uphill, we lost no more time getting our packs on our backs and getting the hell out of there. We each had a 5-Hour Energy metabolizing in us and knew the car was less than an hour away, which was powerful motivation (as if the impending storm was not enough). The question was, could we manage to get up that extremely long, steep incline before it became a river of mud should we be caught in a deluge?

The thunder got closer and louder and the woods around us grew very, very dark, except for when the occasional flash of lightning lit up everything around us. I thought about the metal frames in our packs–the only metal for hundreds of feet, most likely–just as a loudest, closest, angriest ball of thunder burst right over top of us.

“Do we have a plan here if the sky opens up?” I asked my sister.

The only plan was to get to the top of our climb before the rain. She suggested I say a prayer. And so with every labored, frantic step over root and sand and dead pine needles, I prayed aloud. And after my prayer was through, I prayed silently, thanking God for every dry step I took.

But not a drop of it rained on us.

The storm passed by us and left us unscathed.

This is not to say we were not wet. If you had witnessed our triumphant emergence from the forest, you might be forgiven for thinking we had been caught in the rain because we were drenched with sweat from the effort. When I looked at my phone to check the time I was dumbfounded. I think it’s quite possible that we made the hike in little over thirty minutes, about half the time I figured it would take us with the incline and my blisters (which, by the way, did not hurt at all the entire climb, but started to hurt the moment we hit the path that led from Log Slide to the parking lot).

This Sunday morning hike is not one I will soon forget. It was almost as though God decided that because we had not been in church we might need a reminder of His power–and His mercy.

This is one of my favorite shots from my recent trip up to Mackinac Island. More to come later, but I wanted to share this one with you. Besides the incredible storm clouds rolling in from the Upper Peninsula, what made this photo (and the rest from this particular twenty minutes or so) such a pleasure is that no one was around when it was taken. Solitude during the peak season on Mackinac Island is hard to come by sometimes. And I really needed it that night. 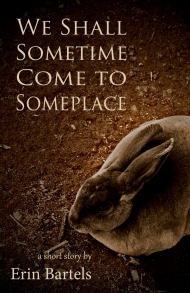 Within a few minutes the first drops began to fall, sing-songy, on the roof of the car. The tempo and volume increased quickly and steadily as the sky overhead blackened. Inside the cab it got darker and darker until it was like twilight. Then Ted saw tiny white balls bouncing off the hood in front of him. He turned on his hazards and craned his sore neck to the southwest. And he knew that staying in the car was the wrong choice.

An angry cloud seemed to be stretching its fist toward the earth, slowly circling, grasping, clutching. Ted sat mesmerized a moment. Then a finger began to emerge from the fist and Ted searched frantically for the door handle. He burst from the car with no thought to the hail or the wind or his aching jaw and scanned the fields. Where was the bridge? The farm? So far away that in the black of the storm he could no longer make them out.

But there was the ditch.