We Hope for Better Things

When Detroit Free Press reporter Elizabeth Balsam meets James Rich, his strange request—that she look up a relative she didn’t know she had in order to deliver an old camera and a box of photos—seems like it isn’t worth her time. But when she loses her job after a botched investigation, she suddenly finds herself with nothing but time.

At her great-aunt’s 150-year-old farmhouse, Elizabeth uncovers a series of mysterious items, locked doors, and hidden graves. As she searches for answers to the riddles around her, the remarkable stories of two women who lived in this very house emerge as testaments to love, resilience, and courage in the face of war, racism, and misunderstanding. And as Elizabeth soon discovers, the past is never as past as we might like to think.

Take an emotional journey through time—from the volatile streets of 1960s Detroit to the Underground Railroad during the Civil War—to uncover the past, confront the seeds of hatred, and discover where love goes to hide. 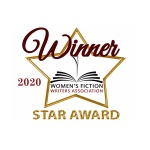 “In this powerful first novel . . . Bartels successfully weaves American history into a deeply moving story of heartbreak, long-held secrets, and the bonds of family.”—Publishers Weekly, Starred Review (You can read the entire review here.)

“A forbidden interracial marriage, an escaped slave, an expectant mother waiting for her Union soldier to return—all of these stories are deftly told by Bartels, as she explores the hard realities of racism and its many faces during various eras of American history. . . . Compelling characters make this winning debut also appealing for fans of general historical fiction.”—Library Journal

“Bartels’ debut tells the story of three Balsam women, each of a different era, told against the backdrop of racism and violence in America. . . . will appeal to fans of faith-based women’s fiction authors like Colleen Coble.”—Booklist

“We Hope For Better Things is a dual-plot historical fiction novel with a heart as big as its sprawling story, perfect for people who still reread To Kill a Mockingbird every year.”—Popsugar.com

“We Hope for Better Things has it all: fabulous storytelling, an emotional impact that lingers long after you turn the last page, and a setting that immerses you. I haven’t read such a powerful, moving story since I read To Kill a Mockingbird in high school. This book will change how you look at the world we live in. Highly recommended!”—Colleen Coble, USA Today bestselling author of the Rock Harbor series and The View from Rainshadow Bay

“A timely exploration of race in America, We Hope for Better Things is an exercise of empathy that will shape many a soul. Erin Bartels navigates this sensitive topic with compassion as she shifts her readers back and forth between past and present, nudging us to examine the secrets we keep, the grudges we hold, and the prejudices we may help create even without intention.”—Julie Cantrell, New York Times and USA Today bestselling author of Perennials

“Storytelling at its finest. Erin Bartels delivers a riveting story of forbidden love, family bonds, racial injustice, and the power of forgiveness. Spanning multiple generations, We Hope for Better Things is a timely, sobering, moving account of how far we’ve come . . . and how much distance remains to be covered. A compulsively readable, incredibly powerful novel.”—Lori Nelson Spielman, New York Times bestselling author of The Life List

“From the moment I picked up We Hope for Better Things and started reading it, I knew it was something special. I was hooked from the very first page, and the more I read, the harder it was to put it down. . . . I can’t believe this is a debut novel for Erin Bartels. She is a master of the English language and the art of storytelling.”—Faith Flix (Read the entire review here.)

“There is the Detroit we think we know, and there is the Detroit full of stories that are never brought to the forefront. With We Hope for Better Things, Erin Bartels brings full circle an understanding of contemporary Detroit firmly rooted in the past, with enthralling characters and acute attention to detail. It’s a must not just for Detroit lovers but also for those who need to understand that Detroit history is also American history.”—Aaron Foley, city of Detroit’s chief storyteller and author of How to Live in Detroit without Being a Jackass

“It’s not easy to weave three time periods into a cohesive narrative, each with its own story and intriguing characters. Erin Bartels has accomplished the difficult. I applaud her courage, her authenticity, her beautiful turn of phrase, the freshness of her imagery, and the depth of her story that speaks to a contemporary world where understanding is often absent. We Hope for Better Things is a remarkable debut novel that every reader will see was written by a skilled writer telling a story of her heart.”—Jane Kirkpatrick, award-winning author of Everything She Didn’t Say

“Erin Bartels’s We Hope for Better Things shares the joys and sorrows of three women from different generations. Beginning with the turmoil of the Civil War through the race riots of the Sixties to modern day, the story peels away excuses and pretensions to reveal the personal tragedies of prejudice. A roller coaster of emotions awaits as you share the lives of these women and hope along with them for better things.”—Ann H. Gabhart, bestselling author of River to Redemption

“We Hope for Better Things by Erin Bartels is a one astounding read. This literary debut novel holds so much intensity. I felt the pain, loss, love, and hope. It was like a fresh battle wound that would not fade. A constant reminder of what never died. Still wounds like these exist, today.”—Urban Book Reviews

“This was an incredible debut novel that tackles a subject that has been sensitive for centuries.”—Write – Read – Life (Read the entire review here.)

“We Hope For Better Things by Erin Bartels is the beginning of a new writer:reader relationship for me. This is the stuff I want to read. . . . I have never gasped or said, ‘Oh wow!’ so many times while reading a single book. . . . It’s set the bar pretty high for my reading list this year.”—Clicking Her Heels (Read the entire review here.)

“Only a week into the new year, and I have discovered a book that will definitely be on the best of the best list. We Hope for Better Things by debut author Erin Bartels is a novel that you want to savor. . . . This book receives the very rare Very Highly Recommended rating—a six-star, if such a thing existed.”—By the Book (Read the entire review here.)

Check out this video presentation and interview about We Hope for Better Things for the Michigan Notable Book program!

According to the Lansing City Pulse, “Lansing author Erin Bartels may have struck gold with her debut work of historical fiction.” We Hope for Better Things made their Ten Best Reads of 2019 list!

Take a listen to this ten-minute interview with Marty Guise of the Bott Radio Network — the perfect length for a work break or a short commute.

But if you have an hour and you’re a more visual person, you could watch this interview I did for the Write Now Workshop podcast with Kitty Bucholtz (or listen to it here).

I was over on Hope by the Book recently talking about the mystical union between writer and reader — you can read that article here.

We Hope for Better Things opens this BookBub list of emotional, cathartic, and heartbreaking books coming in 2019. And what amazing company it is in!

I was absolutely thrilled to show up on this Popsugar list of 10 Books by Debut Authors to Watch in 2019 alongside five other writers from my Debut Authors 19 group on Facebook — including Mike Chen, Katrin Schumann, Andrea Rothman, Megan Collins, and James Charlesworth.

And We Hope for Better Things also popped up on another Popsugar list, 18 Brand New Books You Need to Get Your Hands on in January.

The cover of We Hope for Better Things is one of Spine Magazine’s Book Covers We Love in the first week of January.

And speaking of book covers, it appears that the cover of We Hope for Better Things is part of a newly identified cover trend!

Find me talking about how to hold onto hope during tumultuous times over on Fresh Fiction.

Here I am on the Southern Writers Magazine blog talking about writing across the color line.

Read about the original spark of an idea that became We Hope for Better Things, learn a bit about my writing process, and discover one of my hidden (and very trivial) talents in this interview at the Debut Authors 2019 site.

Want to know more about why and how I chose the topics and time periods I wrote about in We Hope for Better Things, as well as what I hope readers will get out of the experience of reading it? Head on over to More Than a Review to read their interview with me.

Catch me and my critique partner, Nancy Johnson, over on Writer Unboxed chatting about how we’ve helped each other write authentic diverse characters in our respective novels.

This interview with me on Urban Book Reviews gives you a glimpse into the writing of We Hope for Better Things, including the research I did, the characters I connect with, and how the idea first came to me.

We Hope for Better Things was one of the most requested titles for early reviewers on Library Thing in October.

We Hope for Better Things was mentioned in a Relz Reviewz cover reveal article: “I’m excited for debut author Erin Bartels’ novel – the cover is intriguing and the storyline sounds intense and very relevant.”

I’m quoted in this post on GrubWrites about something that surprised me after signing my first publishing contract.