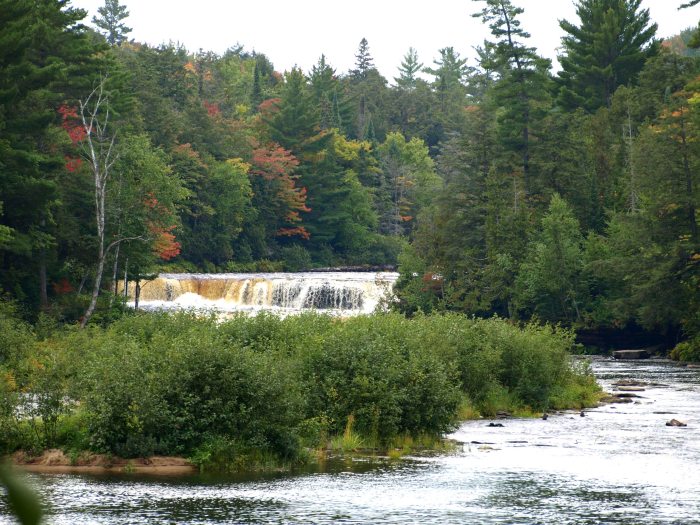 Alison and I began our hike this year at the Lower Falls at Tahquamenon Falls State Park near Paradise, Michigan. The last time I was at the falls was 2009 when I brought my then one-year-old son for a quick day trip when we were in the Soo. 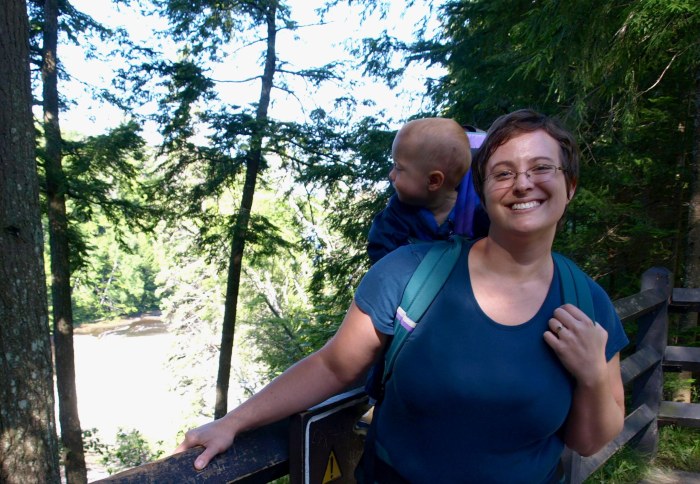 The last time Alison was there was back in the mid 1980s when our family “did the UP.” All she remembered about that trip was how embarrassed our parents were when she pointed at a group of Amish people and loudly asked, “Why are they dressed like that?”

This time around, nearly thirty years later (THIRTY YEARS!) she did not point at anyone or judge their attire. 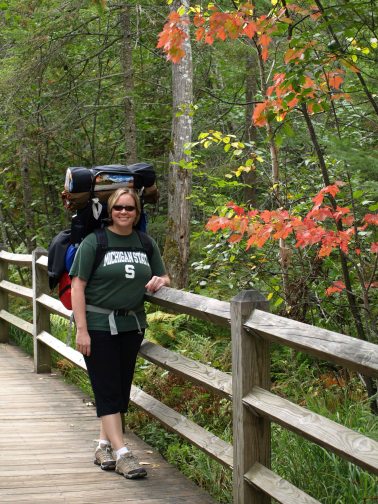 Anyway, what was I saying? Oh, yes. We began our hike at the Lower Falls.

People always say to visit the Lower Falls first, as they are less impressive than the nearly 50-foot drop of the Upper Falls. But for my money, the Lower Falls are the prettier of the two. 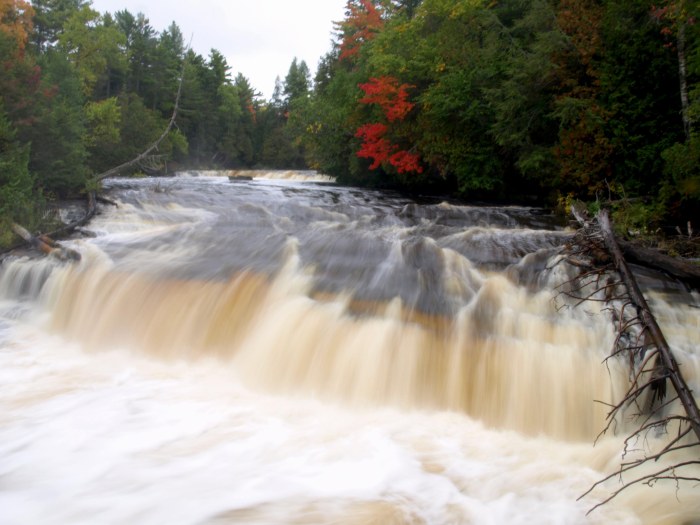 We also ended our trip at the Lower Falls two days later, and even in those two days the trees showed more color. I imagine that within the next week or two it will be absolutely breathtaking up there.

The Lower Falls are actually made up of four or five (or perhaps more) small drops in three separate areas that all empty out into a pleasant looking pool before moving on down the line to Lake Superior. 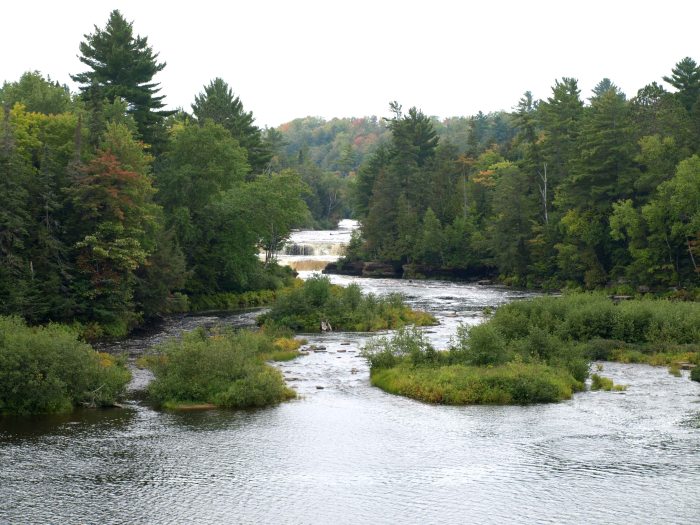 The water of the Tahquamenon River is stained brown from the tannins leeched by the nearby cedar swamps (more–oh, so much more–on swamps in a later post). Even water filtered from nearby Clark Lake (again, more in a later post) is a bit on the brown side. 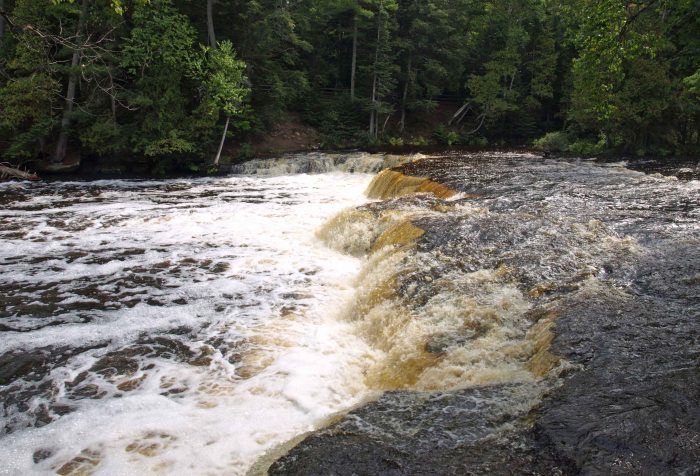 After we had our fill of the Lower Falls on Friday, we headed for the Upper Falls via the trail. And that is where our adventure really begins…

2 thoughts on “The Lower Falls at Tahquamenon Falls State Park”